Why is dry aged meat trending at Australian restaurants?

At Black Bar & Grill in Sydney, there is a $600 steak on the menu. Or rather, off the menu. If you want to order it, you must join a waitlist of others equally keen to try the 1kg, dry-aged Blackmore wagyu ribeye on the bone.

It’s the only way the restaurant’s executive chef Dany Karam can manage the overwhelming demand for the rare, artisanal and incredibly expensive dish.

Dany says the first time he bought it he thought “wow, nearly $2,000 worth of steak? What if I can't sell it?”

It sold out the same day. 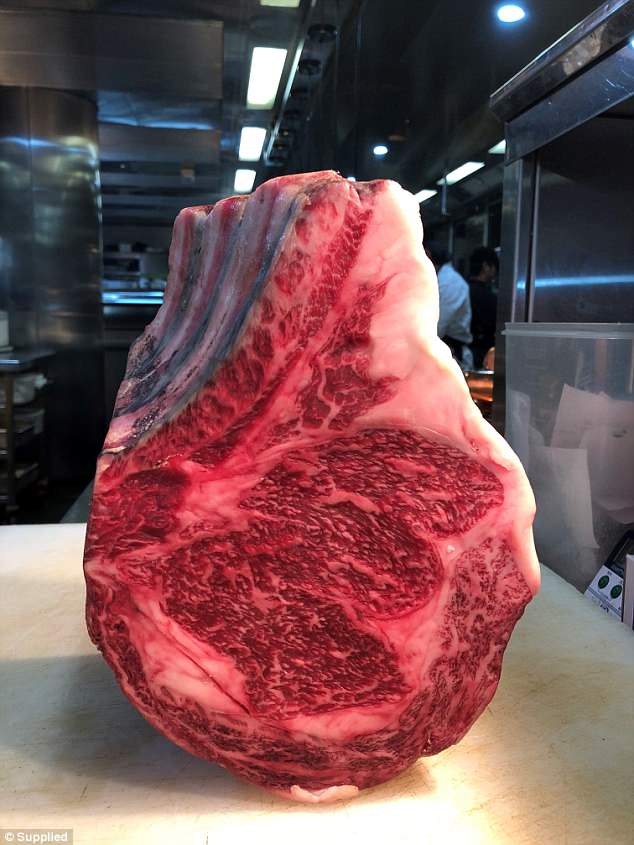 While a steak as expensive as this may seem ludicrous to some, for an increasingly large number of customers, it’s an acceptable price to pay to get the quality they desire. It’s part of a developing trend of ‘couture cuisine’, where diners expect not only luxury, but extravagance, uniqueness and theatre in their meals.

Achieving this can be tall order for many chefs, especially when it comes to a played-out menu items like steak. This is why dry aged meat is trending in restaurants across the country – it can provide that extra special something to a dish and make it shine.

What is Dry Ager?

Dry aging involves the drying and dehydration of meat in an atmosphere controlled environment. The process changes beef by two means: moisture is evaporated from the surface of the muscle, with the resulting process of desiccation creating a greater concentration of beef flavour; and secondly, the beef’s natural enzymes break down the connective tissue in the muscle, leading to tenderisation.

This process allows chefs to play with both the traditional flavours and textures of meat to create something distinctive. Many have experimented with extended out the aging time beyond the typical 28 days, to create even more complex and unusual flavours. The restaurant Firedoor’s signature menu items is a rib aged for 192 days. Steak this old starts to develop hints of flavours such as blue cheese and roasted nuts. It stops being merely a steak and becomes an epicurean’s dream.

This ability to manipulate the traditional taste and texture profiles of proteins also provides restaurants with greater versatility in the cuts of meat they use.

... allows chefs to play with both the traditional flavours and textures of meat to create something distinctive.

For example, most traditional steak eaten in Australia comes from an animal around 18 months to 2 years old. Older dairy or breeding cows are often simply sold cheaply off as ‘choppers’, where the meat is roughly butchered and ground into mince of burger meat.

For a country developing a more sustainable mindset, only using mature beef for these limited applications is wasteful, especially as older beef can be a lot more flavourful. However, most Australians are used to the tenderness of a younger animal, and so many not enjoy the more chewy alternative.

However, restaurants have found the answer to this dilemma in dry aging, which majorly increases the meat’s tenderness. Restaurants such as Rockpool Bar and Grill and Oakridge sell meat from cows aged five years and older. The vibrant flavour of this type of meat creates an incredible eating experience for diners. In fact, the brand The Vintage Beef Co. has grown exponentially in the last few years simply from selling the prime cuts of mature animals to selected restaurants.

... statement using such an ingredient makes about your menu as a whole.

The burgeoning trend of dry aging will only increase in the restaurant scene over the next few years.

This is because of the statement using such an ingredient makes about your menu as a whole. Many such places actually display the aging primals in their dining area as a dramatic reinforcement to patrons of the restaurant’s commitment to more exciting and original flavours and dining experiences. It’s a new way for chefs to show their unique flair, and interest in creating or sourcing artisanal, exclusive ingredients.